The communications specs are typical 8-N-1 at 0-5v (TTL) logic levels. However, it is setup with inverted logic. That means that a 0v registers as a binary '1'; and a 5v registers as a binary '0'. So, the interface you choose needs to be able to deal with this inverted logic. The ECU uses 'odd' baud rates - at least compared to a traditional PC serial port. Most ECU's start communications at 7812 baud, and then switch to 62500 for logging. Older LM's use lower baud rates, but still atypical. So, you also need to consider an interface that can communicate at these 'odd' baud rates, as well as switch baud rates after the port has been opened.

With these requirements in mind, it should be clear that a simple RS232-TLL converter (typically sold on robotics web sites) will not work. They can't use the correct baud rates or the required inverted logic levels.

There are certainly other USB-to-TTL interfaces available. If you choose one of these, make sure it can meet the baud and logic requirements above.

Data on the SCI bus is structured as follows, in chronological order:

Observing on an oscilloscope, a 0x12 byte on the SCI bus would appear as follows: 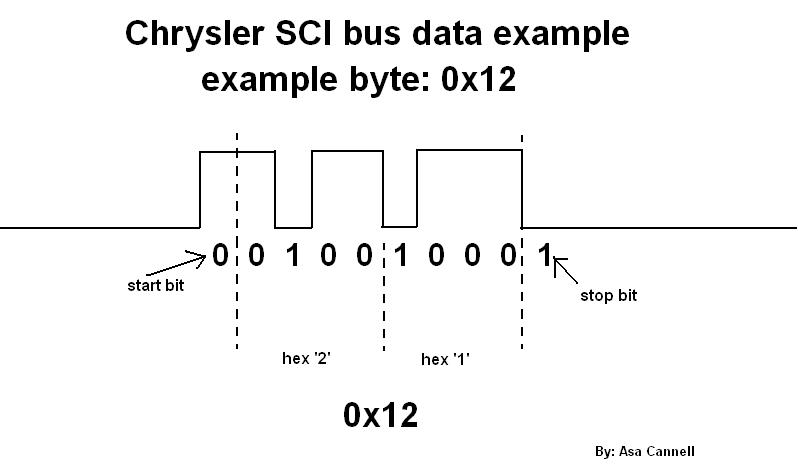