PumpShot is basically a way to mimic the accelerator pump function of a carburetor. That is, it gives a little extra fuel when the throttle is opened or the load is increased to prevent the engine going lean during these times. In the Chrysler ECU's, there are usually 2 Pumpshot calculations: MAP-based and TPS-based.

For most applications, these table do not need to be adjusted.

For very large throttle bodies and heavily ported heads/intakes, there may be some adjustment necessary. 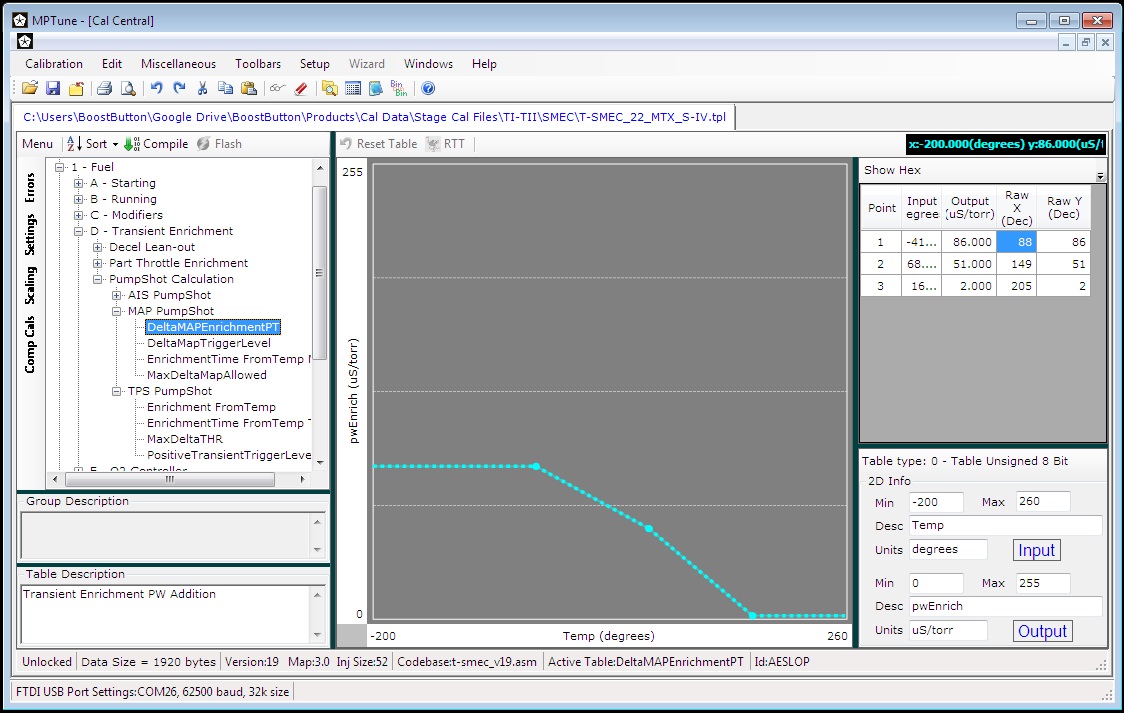 The PumpShot calculation for MAP is based on a time-averaged MAP calculation. If this average MAP has changed by a certain amount, then fuel is added based on the level of change.

The simplest way to tune the MAP-based PumpShot is with the AESLOP table. Higher is more fuel, lower is less fuel.

The PumpShot calculation for TPS is based on a time-averaged TPS calculation. If this average TPS has changed by a certain amount, then fuel is added based on the level of change.

For a bigger TB, I would actually start with the POSSLP table. Add PW in the operating temp range.

Reducing THRTCN would actually have the effect of increasing the pumpshot, because it will allow filter TPS changes less resulting in a larger DeltaTPS value. Increasing THRTCN should also increase the PumpShot, as would increasing THRMAX.

Similarly, for a heavily ported head, I would adjust the AESLOP table. Add PW in the operating temp range.